Google executives announced and showed demos of several new Android Q features at the Google I/O 2019 opening keynote on Tuesday, and many more details have emerged in deep-dive sessions over the course of the company’s annual developer conference. Through a series of talks, Google product managers and engineers have shared several examples of what developers can do to take advantage of the new features, and so we can also get an idea of what’s in store for users once Android Q releases later this year.
The most interesting changes are the ones that deal with new user experience elements such as notifications and multi-tasking capabilities, but there’s also a lot going on under the hood as Googlecontinues to tighten security in Android Q. We’re going to check five of the most important ones out in detail. 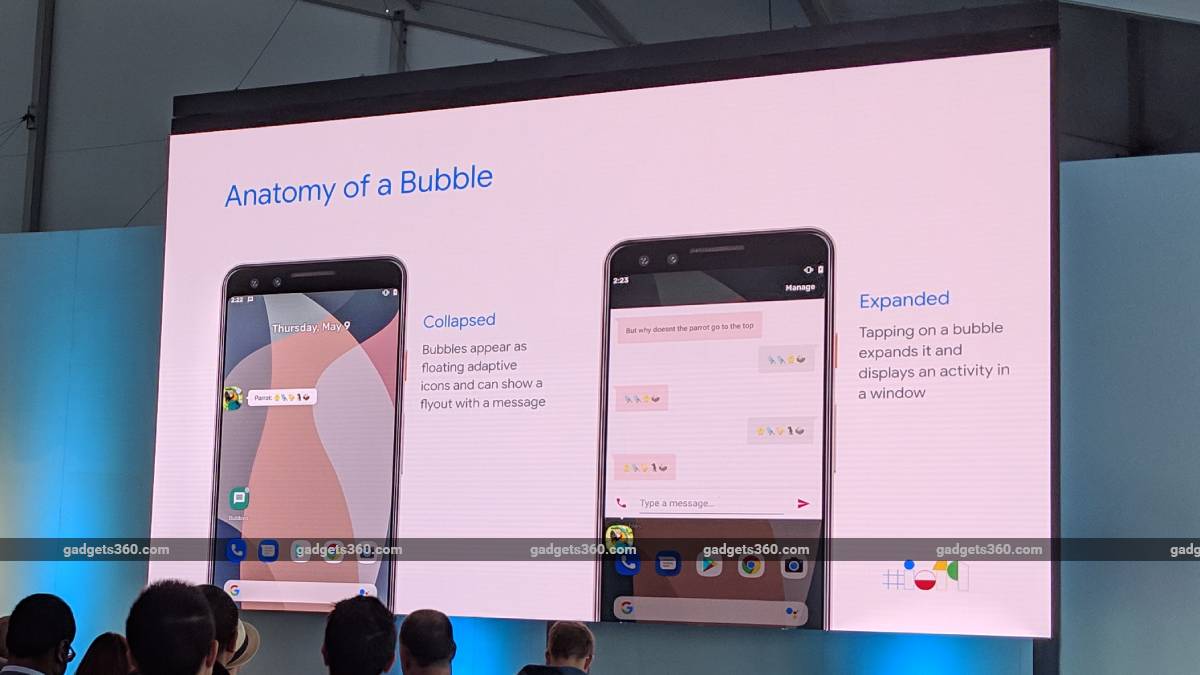 One of the most interesting new Android Q features is a completely new style of notifications, called Bubbles. Similar to the Chat Headsthat some messaging apps use, Bubbles allow users to quickly multitask while carrying on a conversation. Floating icons will appear on screen for chat notifications. They can remain there so a user can pick up a conversation at any time. Users can drag these to any part of the screen, and simply tap them to expand the associated app’s message view and composition tools.