E-Books are being added by Airtel for its Subscribers

May 22, 2019
Airtel is providing various digital content which includes Wync music and video streaming service,
Airtel TV for its subscribers.

Now the company is planning to add another service to its digital content portfolio with the name “Airtel Books”. As per the primary information “Computer Era” got, Airtel Books shall be available only for those customers who recharged their number with higher denominations. A tuff competition is there in the Indian telecom industry, that’s why all telecom companies are adding such value-added services to retain the customers with them. 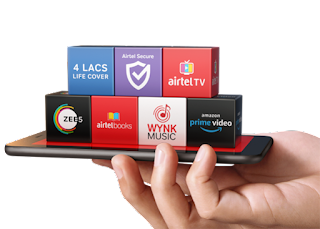 Airtel had 284.2 million subscribers in Dec 2018. The music streaming service Whyc has 120 million subscribers, and Airtel TV has 80 million user base. Compared to Reliance Jio Airtel has a few value-added services which attract the customers. Airtel is planning to add more services for free of cost to avoid the subscriber migration to other networks.
The new service Airtel Books will be available to both the Airtel subscribers, and for those who don’t have Airtel subscription also. In the beginning, Airtel Books offers nearly 70,000 books from Indian and International authors. Users can find books across genres like crime, self-help, business, spirituality, romance, history and politics.
For the non-subscribers, Airtel is going to provide a 30-day trial. Later one has to pay the subscription. For six months The Readers Club subscription is priced at Rs. 129, and if you wish to take 12 months subscription, you need to pay Rs. 199. Without having a subscription, you can also select a single book and pay the amount for it. Right now, Airtel Books has many English titles, and there are few books available in the Hindi. The company is in a plan to expand the catalogue with a more number of regional books in the coming months.